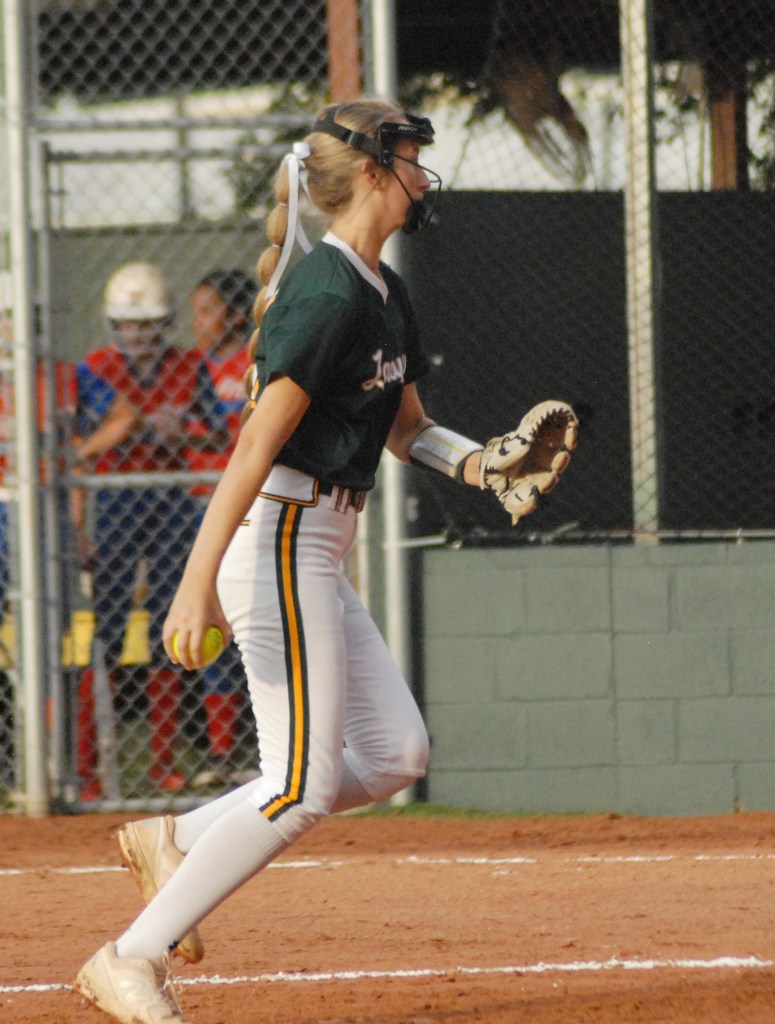 On Tuesday, the Lady Buccaneers defeated Centreville Academy, 7-2, on the road.

Cassidy Spears hit a home run, drove in a pair of runs and scored a run in a two-hit day.

Dixie Camaille recorded a pair of hits with a run scored.

The Lady Buccaneers led 2-0 through two innings and added another run in the third before Centreville put up two in its half of the third to trim the lead to 3-2. Bowling Green added three in the fourth and another in the sixth for the 7-2 win.

The game was called in the top of the sixth after some of the lights went out.

Wednesday’s game was a 14-1 victory over Lamar Christian School in the Lady Buccaneers’ final district game this season, as the team capped off an undefeated year in league play.

The win meant Bowling Green won the District 4-3A title.

It is the Lady Buccaneers fourth straight league championship.

Camaille went 2-for-3 with a triple and four RBIs.

Dupont doubled, drove in a run and scored three runs.

Fowler tripled, scored two runs and had a run batted in.

Spears doubled, drove in two runs and scored a pair of runs.

Seal singled and scored a run.

Fussell pitched the four innings, allowing a run on two hits with six strikeouts and no walks.

Bowling Green scored a run in the first and opened the lead up with seven in the third to make it 8-0. Lamar got on the board in the fourth, but the Lady Buccaneers posted six runs in the bottom of the fourth in the 14-1 win.

Fussell allowed no earned runs on just one hit with nine strikeouts and a walk in a complete-game performance.

Fowler tallied two hits that included a double and a pair of RBIs.

Crowe singled and scored a run.

The Lady Buccaneers broke a scoreless tie in the fifth inning with four runs. Parklane scored a run in the sixth in the 4-1 contest.

Bowling Green will begin play in the Class 3A South Fast Pitch Tournament on Saturday morning, Sept. 26 at 9 a.m. in Clinton, Miss.