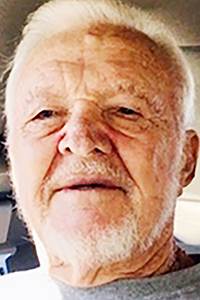 He served his country with honor in the U.S. Navy.

He was preceded in death by his parents, Elmer and Bertha Kemp.

Visitation will be Wednesday, Aug. 19, from 2 p.m. until 4 p.m. at Lee’s Creek Baptist Church. The funeral service will begin for family and close friends at 4 p.m.

Due to COVID-19 concerns, all others wishing to attend are asked to come to the graveside service that will immediately follow at Lee’s Creek Baptist Church Cemetery. The Rev. Keith Sheridan, John Kemp, and the Rev. Dennis Allen will officiate.

Poole-Ritchie Funeral Home and Crematory has been entrusted with his arrangements. Condolences may be shared on the Poole-Ritchie website at www.pooleritchiefuneralhome.com.