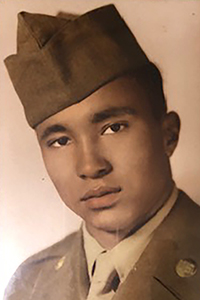 Paul Magee passed away peacefully at his home on June 3, 2020, in Franklinton, surrounded by his loving family. Paul will be forever remembered as a kind and gentle soul who cared deeply about his family and dedicated his life to them.

He will be missed dearly by his devoted wife, Carmen (Burris); his loving children from his first marriage, Gregorio, Alberto (Artur) and Tais (Kevin), and his stepdaughter, Monette Bourgeois. Paul was blessed to have in his life the love of seven beautiful grandchildren; five from his children; Cameron, Ethan, Myron, Jasmine and Arden, and two from his stepdaughter, Morgan and Brandon. They will all miss him so, and cherish their memories of him.

Born Nov. 23, 1933, to the late Eldridge Magee and Marie Magee, Paul also leaves to mourn: his brothers, Murel (Dorothy) Magee, of Sandy Hook, Miss., Garland (Mary) Magee of Tylertown, Miss., and Larry (Clarisse) Magee, of Franklinton; his sisters, Ida Brenda (Ardie) Clark, of Revenna, Ohio, and Bonnie Sims of Compton, Calif., and many other dear family and friends. Paul was preceded in death by his brother, Willie (Gloria) Magee, of Franklinton.

Paul grew up on his family’s farm in Franklinton. He would enlist in the U.S. Army, serving domestically and abroad for eight years. Upon his honorable discharge, he moved to Connecticut, where he and his first wife raised their three children. Paul had a strong work ethic, which he instilled in his children. As a devoted family man, Paul worked tirelessly to provide a good life for his family, and took pride in everything he did.

While Paul had many interests and hobbies — playing the guitar, fishing, golfing and touring on his beloved Harley motorcycle — none compared to his love of bowling. He continued to bowl in leagues well into his later years, which brought him much joy.

Paul would later marry Carmen and they returned to Franklinton, where they enjoyed spending time together in retirement, and traveling. They especially loved their many trips to Tennessee. Paul’s wife Carmen lovingly cared for him throughout his illness, and for that, his children are so very grateful.

Though it is a heartbreaking loss, Paul will be fondly remembered for his gentle manner, his humor and his profound sense of integrity and character. Anyone who knew him was the better for it.

The family wishes to express their gratitude for the love and support of the Franklinton community and the St. Tammany Hospital Hospice nurses, who helped care for him throughout his battle with cancer.

At the family’s wishes, a private memorial service will be held on Thursday, June 18, at 1 p.m., at Crain and Sons Funeral Home, 2000 Washington St. in Franklinton.