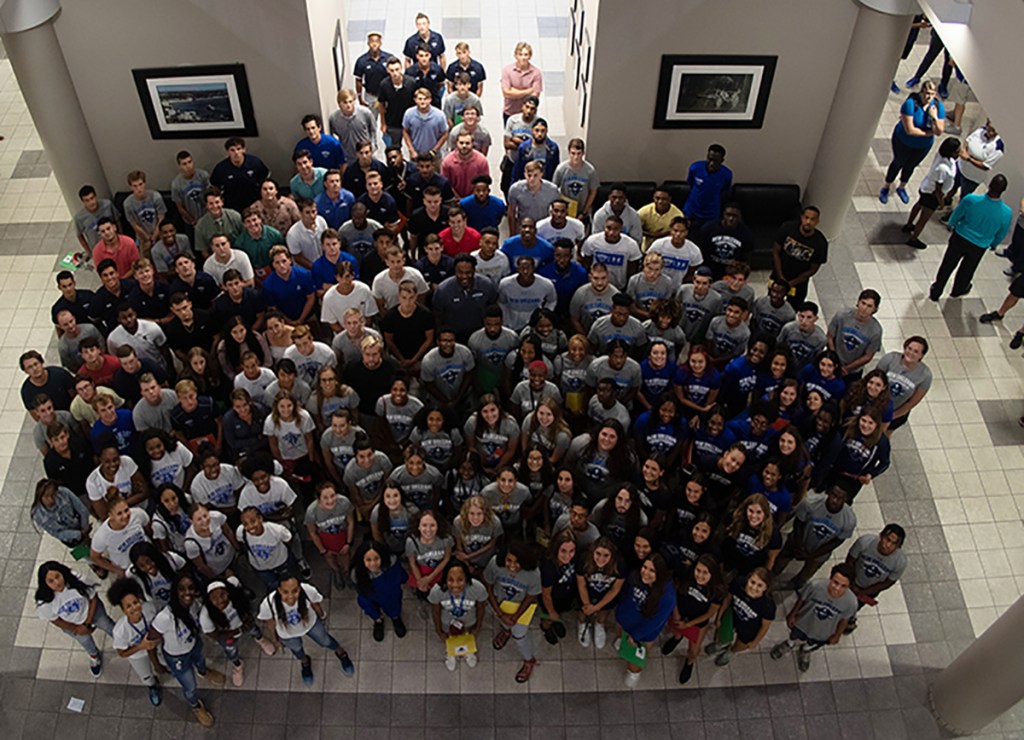 New Orleans Athletics led NCAA Division I programs in community service according to the 2019-20 Helper Helper report. The Privateers combined for 4,139 hours of community service since July 1, 2019. Additionally, nine teams finished in the top 10 of their respective sport. There are over 350 collegiate programs using Helper Helper.

Pacing the away for Southland schools, New Orleans set the tone and was one of two schools ranked in the top 60. Stephen F. Austin placed No. 39 nationally. The Privateers finished ahead of the likes of Tulane (No. 4), Clemson (No. 22), Arizona (No. 23) and Louisiana (No. 38).

#NOLAsTeam made it a priority to give back to the Greater New Orleans community all season long. During August’s all-staff meeting, Director of Athletics Tim Duncan charged programs with a community service goal for the entire season. That goal was met before the calendar flipped to 2020.

Events included: Sixth Annual Gala for Giving Hope, Boys and Girls Club of Southeast Louisiana, Women’s Final Four Reading, Beignet Fest, Son of a Saint, Race for a Cure and partnered with Blessed to Be a Blessing for a big initiative to give back to the homeless.

Baseball won the 2020 Privateer Cup, awarded to the team with the most community service hours. New Orleans placed second in Division I Teamworks Challenge with 1,472 hours, with representation at but not limited to the Second Harvest Food Bank, Animal Rescue New Orleans, MDA Muscle Walk and Buddy Walk.

Women’s basketball ranked third with 532 hours and had 100 percent participation by its student-athletes. It is the second straight year that the Privateers appeared in the top-five of their respective rankings, as the group finished last year as the No. 4 program in NCAA DI women’s basketball. Top projects included Blessing Bags, City of Love Church Turkey Giveaway, Sunrise of Metairie Nursing Home and Second Harvest Food Bank.

Men’s basketball ranked fifth with over 155 hours. The ranking is the highest for any Southland Conference program and is tops in the New Orleans area. The Privateers volunteered at the following events to name a few; T.H. Harris Middle School Pep Rally, Trunk or Treat UNO Hynes Lakeview, Gentilly Fest 2019 and NORD Special Olympics Basketball Clinic.

Men’s tennis placed ninth with over 85 hours of community service. Among the projects were tutoring for Son of a Saint, Thanksgiving Day at House of Blues and Hope Gala.

Helper Helper is an app and web portal that makes it simple for institutions to track hours and coordinate community service opportunities. Helper Helper works with over 350 colleges and universities nationwide and is an official partner of NCAA Team Works.