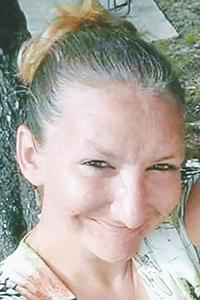 Ashley Dawn Lee passed away May 1, 2020, at Tulane Medical Center in New Orleans.

She is survived by her mother, Gloria Ordoyne; two children, Diamond Davis and Jakob Hunt; a sister, Candie McCain of Bogalusa; an aunt, Lisa Cuevas of Pine; an uncle, James Miller of Bogalusa; her grandmother, Christine Miller of Picayune, Miss.; her soulmate, Jasper Hunt; and her two best friends, Kayla Taylor and Terri Cox, both of Bogalusa.

She was preceded in death by her father, Bennie Lee Sr.; a brother, Anthony “Bubba” Lee; and her grandfather, Alvin Miller.

A memorial will be held at a later date.

“I can do all things through Christ which strengtheneth me” (Philippians 4:13). Mrs. Carrie Lee Williams Hicks was born on... read more