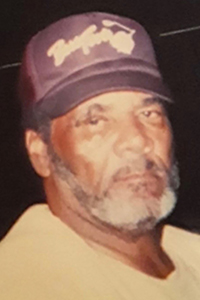 To everything there is a season and a time, to every purpose under the heavens; and a time to be born; so, it was that God delivered an angel, Bro. Paul Dunham on May 7, 1937. He was born in Franklinton to the late Ulysee and the late Cindy B. Dunham.

Family where life begins and love never ends, so it was that Paul was united in Holy Matrimony to the love of his life in 1958 with a friendship that lasted a lifetime.

To this union, they were parents of three children, Michael Dunham, Corine Causey-Holmes and Ollie Anders.

And the peace of God which passeth all understanding will guard your hearts and minds through Christ Jesus; so it was. He leaves to cherish his memories, his devoted wife of 61 years, Sister Faycene A. Dunham; two siblings, Sister Helen D. James of Franklinton, and Brother Lenord Tate of Atlantic City, N.J. Bro. Paul had one son, Michael Dunham, and two daughters he raised, Corine Causey-Holmes and Ollie Anders all of Franklinton. He was blessed with five grandchildren, Kiara Johnson, Moesha Anders (whom he raised), Sharon McClain, Mattie Dunham, and Tra Anders. There were two godchildren, Dellndra Brock and Nicole Causey. Also to cherish his memories, a dear friend, Bro. Lonnie Bickham.

A private graveside service will be held Wednesday, May 6, at Sweet Home Cemetery. Crain and Sons Funeral Home of Franklinton is in charge of arrangements. Sign the guestbook online at www.crainandsons.com.