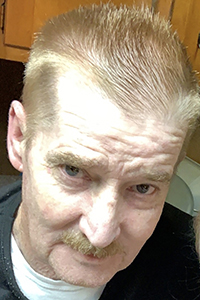 Vincent Wayne Gill, 59, born Dec. 19, 1960, in Bogalusa, passed away April 14, 2020, in Pigeon Forge, Tenn., at his oldest daughter’s residence. He started his life learning all he could about mechanics, attending Diesel Mechanic school, although he discovered his passion was to be a truck driver and travel all around the country as a means to provide for his children. He enjoyed helping out his friends and family by doing mechanic work at his residence. He enjoyed fishing, teaching his children and grandchildren how to fish. He was also a “crane machine king,” and his favorite thing to do with his children and grandchildren was to show off his prize-winning skills.

He is preceded in death by his father, John Wayne Gill, and his step-father, Ray Stanley Williams.

A Memorial Service will be held at a later date, for more information please contact one of his daughters.