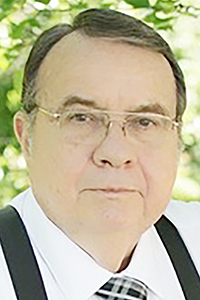 On Aug. 3, 1968, he married Carolyn Willoughby. They were married for 51 years and had one daughter, Leslie Hardy Lyons. Dan is survived by his loving wife, Carolyn Hardy; one daughter, Leslie Hardy Lyons; three grandchildren, Arianna Lyons, Zachary Lyons and Sarah Lyons; a great-granddaughter, Anna Grace Temples; and two brothers, Bobby Joe Hardy and Maurice Hardy. He was preceded in death by his parents; a sister, Nellie Henry; and brothers, Cecil Hardy and Merrill Hardy.

Dan had a Bachelor of Science Degree and Master’s Degree in Vocational and Technical Education from the University of Southern Mississippi. He loved Southern Miss. He began his career with the Louisiana Technical College (Sullivan) in 1970. During his 42-year tenure, he dedicated his career to advancing opportunities for students and professional development for faculty. He worked in various capacities with the goal of helping people obtain a trade or get an education that would carry them through life. He helped countless people develop their future careers. In 2015 he was honored as the Distinguished Retiree.

Dan was an active and faithful member of Highland Baptist Church and served as a Deacon and Chairman of the Deacons for many years. He also served as the Sunday School Superintendent and on various church committees. He loved the Lord and his church family very much. Church and family were the center of his life. Most of all, Dan was a loving husband, father, grandfather and great-grandfather. He loved his wife dearly; she was his life partner. He cherished his daughter, grandchildren and great-granddaughter. He was a loving, kind and sincere man.

A memorial service will be held at Highland Baptist Church at a later date. Arrangements have been entrusted to Poole-Ritchie Funeral Home. Condolences may be shared on the Poole-Ritchie website at www.pooleritchiefuneralhome.com.

In lieu of flowers, the family requests donations be made to Highland Baptist Church, P.O. Box 777, Bogalusa, LA 70429.

“His lord said to him, ‘Well done, good and faithful servant; you were faithful over a few things, I will make you ruler over many things. Enter into the joy of your lord’” (Matthew 25:21).