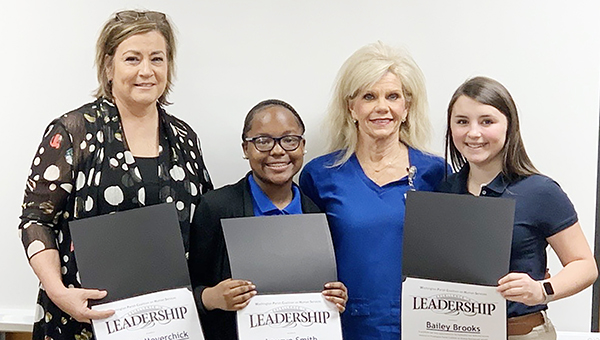 The Washington Parish Coalition on Human Services (WPCHS) held its February meeting at the ESM United Methodist Church on Tuesday.

Mardi Gras MCCA XL King, Terry W. Pierce Jr., addressed the group. According to Pierce, the parade will roll at 1 p.m. on Saturday, Feb. 22. Everyone is encouraged to come enjoy the revelry.

Regina Meyerchick gave an overview of the Washington Parish Youth Coalition, which is a branch of the WPCHS. Meyerchick works closely with students in grades 7-12 to build leadership and knowledge about the harmful effects of substance use. Bailey Brooks, eighth grade student at Pine High School, and Lauryn Smith, eighth grade student at Varnado High School, gave a joint presentation on the Youth Coalition and Juuling.

According to Brooks, nicotine exposure during adolescence can cause addiction and can harm the developing adolescent brain. Smith stated that members of the youth coalition work to educate their peers about the harmful effects of nicotine and other substances.

Reports were given by members. Rhonda Gunnell reported on the Prevention Connection meeting that takes place at 8:30 a.m. immediately before the WPCHS meeting. Rusty Fornea gave an update on the Drug Free Communities (DFC) and Partnership For Success (PFS) grants which are managed by ADAPT. General announcements were made by members and then the meeting was adjourned.

The next scheduled meeting for WPCHS will be on Tuesday, March 24, at 9:30 a.m. at ESM United Methodist Church. Meetings are open to the public. For more information, contact Stephanie Seals or Rusty Fornea at 985-735-0160.