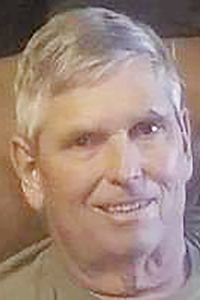 Rob Richmond Dunaway, also known as Rob-Bo or Bo, a resident of Varnado, passed away Feb. 7, 2020, at St. Tammany Parish Hospital in Covington. Born Jan. 26, 1957, he was 63. He was best described as a spiritual, hardworking, dedicated family man; well known for training hunting dogs and competing in field trials. He retired from the Bogalusa paper mill with 31 years of loyal service.

Rob was a member of Bogalusa First Church on Highway 21 in Bogalusa. He proudly held an attendance record for having not once missed Sunday school service in 18 years beginning the first Sunday of his life.

He is survived by his loving and devoted wife of 43 years, Janet Camarata Dunaway of Varnado. He was a loving father to his son Barrett Rob Dunaway of Varnado and daughter Shanda Dunaway Honaker (Dustin King) of Pine, and PawPaw to two grandsons that were his world, Trevor Honaker and Caleb Dunaway. He was eagerly awaiting the arrival of his third grandson, due in the spring. Rob is also survived by a sister, Dannie Dunaway Tassin of Baton Rouge and one brother, Tim Dunaway of Talisheek; and brother-in-law Richard Camarata and his wife Linda. Additionally, he is survived by brothers-in-law John Vampran of Bogalusa and Paul Tassin of Baton Rouge; a host of nieces, nephews and friends; and currently 17 good hunting dogs. Also Dane’ Spears, (Caleb’s mother), who was like a daughter to him and her daughters Remi and Avery Graham, both of which he adored as they adored “PawPaw.”

Relatives and friends were invited to services which were held Tuesday, Feb. 11, at Bogalusa First Church. They were open to the family from 9 a.m. until 10 a.m., and to the public from 10 a.m. until the funeral service at 1 p.m., which was officiated by Bro. Travis Houston. Interment followed at Ponemah Cemetery.