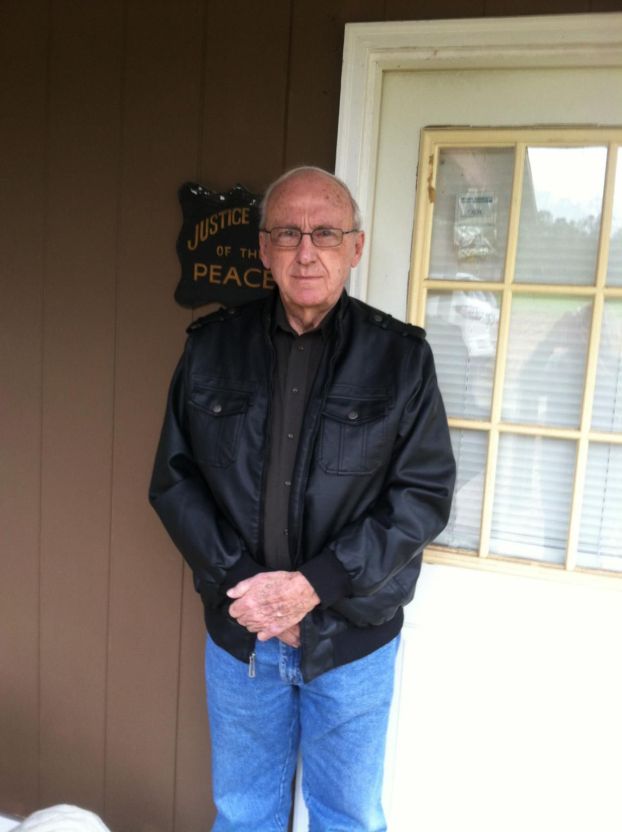 Mount Hermon’s Larry Miller won’t be performing any more weddings after this month in his official position as Washington Parish Justice of the Peace for Ward 2.

After nearly 31 years in office and 1,060 weddings performed, the 76-year-old Miller is retiring. His term expires at the end of the month. Soon after he was elected to his first four-term, office terms were extended from four to six years.

“I got elected on March 26, 1984. Because of my age, I can’t run again,” Miller said. “That’s all right because I was planning on retiring anyway. It’s been enjoyable. Mount Hermon is a pretty quiet ward.”

Miller said a couple of weddings he performed stood out.

He recalled the time The Learning Channel’s “Four Weddings” television series came to Franklinton and the Louisiana Castle. Judges on the show awarded the winning couple a free honeymoon.

Another special wedding ceremony he performed was that of his grandson, Patrick Fair, at the Castle.

Miller said he plans on continue performing weddings in his retirement, and has one scheduled next week at the Castle.

Miller graduated from Mount Hermon High School in 1957. After graduation, he spent 22 years in the U.S. Air Force and went overseas four times. He said his experiences in Vietnam, Korea, Italy and Germany were all interesting. He said he spent six years in Alaska, as well.

“I’ve seen a lot,” Miller said. “I’ve enjoyed it. In Alaska, I got to go up on Mt. McKinley. There is some good hunting and fishing in Alaska.”

After the military, Miller went to work at Washington Bank in Franklinton. He transferred to the bank’s branch in Mount Hermon.

“Sheriff Duane Blair offered me a job to serve papers and work for the Sheriff’s Office. I worked there for 17 years until 2006,” Miller said. “When Sheriff Aubrey Jones retired, I retired.”

Miller said he went up against Dale McElveen in his first JP race.

“It was a pretty good race,” Miller said. “It was probably less than 10 votes that separated us. Justice of the Peace was a good position to be in.”

Miller is a deacon and song leader at Mount Hermon Baptist Church.

Miller has been married for 57 years to Margaret Miller. The couple has two children. Jim is the warden at the Franklinton Jail. Their daughter, Brenda Fair, is in business for herself.

David Miller will replace Larry Miller. The two are not related.

Christmas in the Park attendance down in ‘14

Christmas in the Park Committee President Col. Bob Miller said his group will look for ways to improve the lighting... read more