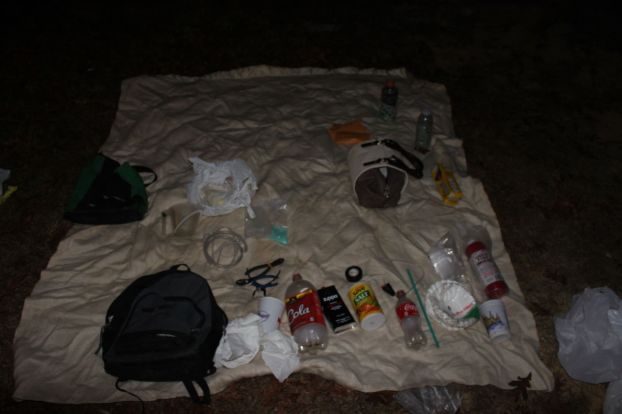 On Thursday, at almost midnight, the Washington Parish Sheriff’s Office received a call for assistance from Louisiana Probation and Parole agents. The agents had visited a residence on Heidelberg Road near Franklinton and detected a strong chemical smell inside the house.

Sheriff’s Office Drug Task Force detectives went to the scene and discovered two operating ammonia methamphetamine labs in the back bedroom of the house. Detectives rendered the labs safe and collected evidence along with drug paraphernalia and packaged methamphetamine.

“Meth is a very toxic poison which produces a quick high and a quick addiction,” Seal said. “The manufacture of meth is very dangerous. All officers involved did an outstanding job in shutting down this illegal meth lab and putting the operators in jail.”