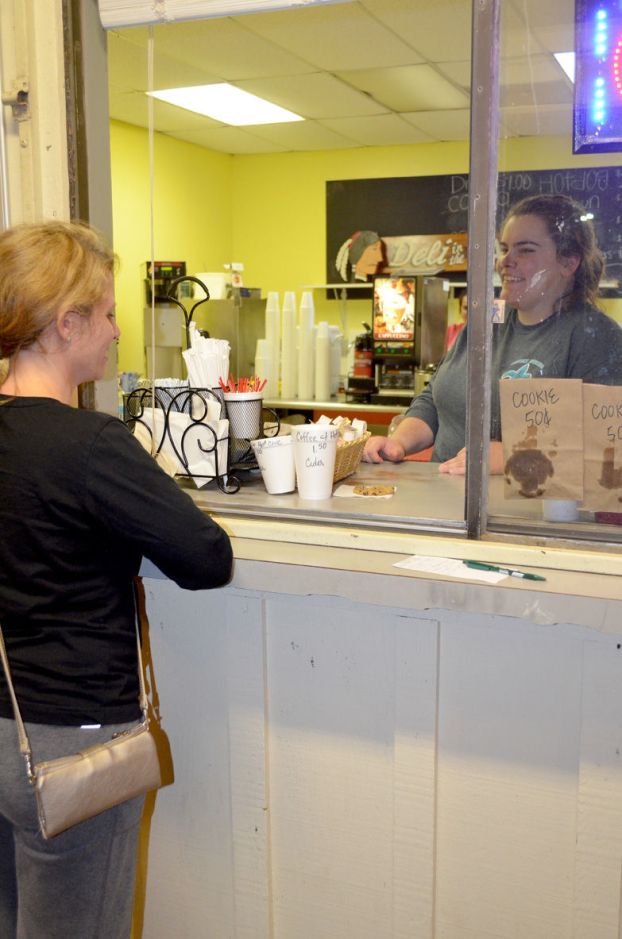 Susan Stewart has some definite long-term goals for Banana Sue’s In the Park.

Banana Sue’s in the Park is the new eatery located in Cassidy Park. It opened on Thanksgiving.

“What we’re trying to accomplish with the deli is to try and keep the traditions of Bogalusa intact and bring in newer things,” Stewart said. “I want to try and go along with park food and picnic food. I make my own jams and jellies. I know Bogalusa doesn’t really have a bakery, other than the doughnut shop, but I bake and want to offer desserts and traditional items that people like, like tamales, boiled peanuts, hot dogs and hamburgers.”

Stewart grows produce on her farm. She intends to bring that knowledge from the farm to the deli. She owns Pleasant Hill Produce Market and Banana Sue’s Food Stand on Avenue F.

“The goal of the deli is to try and blend country store atmosphere with a produce market,” Stewart said. “Basically, I’ve moved from Avenue F to the park and are trying to make a go of it there. During the summer, I’m going to offer snoballs. I think that will go over well.”

The deli has a limited menu for the moment, with offerings such as hot dogs, nachos, homemade chili, baked goods and boiled peanuts, for the Christmas in the Park schedule. Refreshments include soft drinks, hot chocolate and apple cider.

“That’s just the Christmas menu for now,” Stewart said. “Early next year, we’ll launch a traditional menu. It will have tamales, hamburgers and daily specials. The city knows us for our tamales. Another specialty item is crawfish nachos, and people love those.”

Stewart has a mobile food truck she takes to area festivals.

Other important features Stewart said are key to the business is that she is certified to accept EBT cards and Seniors Farmers Market Coupons. The coupons are from the USDA for the elderly. She said they look like checks and are redeemable for Louisiana-grown produce and honey.

Stewart said plans call for making the porch larger in front of the deli.

“I want to expand the porch out and put produce there where people can get out of the heat. That’s in the talking and planning stage,” Stewart said.

Current deli hours are 5 p.m. to 9 p.m. on weekends during Christmas in the Park. The deli will be open nightly from Dec. 15 to 25. After the deli gets fully going, Stewart said business hours will be from 11 a.m. to 6 p.m. Monday through Saturday. She said those hours likely be expanded during the summer months.