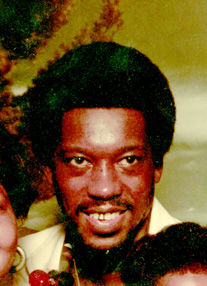 Bobby Lee Franklin Sr., age 66 and a resident of East Fourth Street in Bogalusas, departed this life on Nov. 26, 2014, at his residence.

Visitation will be held on Thursday, Dec. 11, 2014, at the chapel of Crain and Sons Funeral Home in Bogalusa from 9 a.m. until noon, followed by funeral services at noon at the funeral home, with the Rev. Mark Tison officiating. Interment will follow in the Bogalusa Cemetery.

Crain and Son Funeral Home is in charge of arrangements. Sign the online guestbook at www.crainandsons.com.

He was an employee of Crown Zellerbach for more than 18 years on machines Nos. 5 and 6.

He was preceded in death by his father, Anderson Franklin; his mother, Gladys Muse Franklin; a brother, Howard Lee Franklin; and a sister, Alice Marie Franklin Walls.