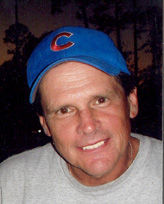 Sid grew up in Bogalusa and graduated from high school there before attending the University of Southern Mississippi and Appalachian State University, where he played varsity basketball. In his later years, he fondly recalled his varsity basketball preparation at Bogalusa High under his beloved coach, Buddy Ruddick.

Prior to moving home to Bogalusa he lived several years in Long Beach, Calif., working with the Salvation Army and making many friends in the community. In retirement in Bogalusa he joined First Presbyterian Church and assisted with Bible School. He was a deeply spiritual person and a committed Christian.

He spent many mornings with his buddies enjoying a round of golf and evenings playing poker with his pals. He was a loyal friend. His favorite pastime was socializing with friends and entertaining them with stories from personal sports archives brought alive by his “encyclopedic” knowledge of all sports and particularly basketball. He will be missed by all those who knew him.

Survivors include his sisters Jane Wade of Gulfport, Miss., and Kathy (Victor) Roberts of Hattiesburg, Miss.; niece Scottie (Andy) Bradford and their children Alexander and Amelie of Metairie, La.; and niece Lauren (Brent) Cappaert and their son Graham of Vicksburg, Miss.

In lieu of flowers, donations can be made to the Sidney Tonner Memorial Fund, c/o The Salvation Army, 2019 22nd Street, Gulfport, MS 39501.

Friends are invited to attend a Memorial Service at First Presbyterian Church in Bogalusa on Friday morning, Oct. 24, 2014, at 10:30 a.m., preceded by a visitation at 9 a.m. Riemann Family Funeral Home, 11280 Three Rivers Road, Gulfport, is serving the family. Memories may be shared at www.riemannfamily.com.

Rosabel Tate was the daughter of the late Rev. Cypher and Daisey Tate. She was the youngest of 22 siblings... read more