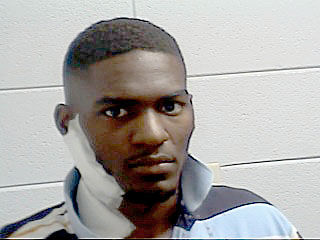 Bogalusa Police made an arrest Tuesday morning in Monday afternoon’s shooting death of a Bogalusa man.

Dominick Holt, 23, of Bogalusa, was arrested at 2:30 a.m. Tuesday at his girlfriend’s house in Bogalusa. He was charged in the shooting death of Roderick D. Brown, 23. The girlfriend was not arrested.

The shooting occurred at 2:30 p.m. Monday in the parking lot of Power Food on Sullivan Drive. Brown was later pronounced dead at Our Lady of Angels Hospital.

Holt was charged with second-degree murder, dangerous use of a weapon and being a felon in possession of a firearm.

“It appears they got into an argument in the parking lot and Holt shot Brown,” Bogalusa Police Chief Joe Culpepper said. “Holt was injured in the incident. He was cut with a knife.”

Culpepper said the investigation is not complete.

The Power Food owner did not want to be identified. He said he ran when he heard gunshots.

“I ran away when I heard the shooting,” the owner said Monday. “I heard a shot and covered my head and ran in the back. There were three or four customers inside and some outside.”

“I would just like to commend my captains and their staff for their hard work,” Culpepper said, referring to Capt. Percy Knight and Capt. Raymond Tate. “And I would also like to commend detective Kendall Bullen and his staff.”

“There was a lot of hard work that went in to get this done to get the bad guy off the street and keep (others) from retaliating,” Culpepper said.