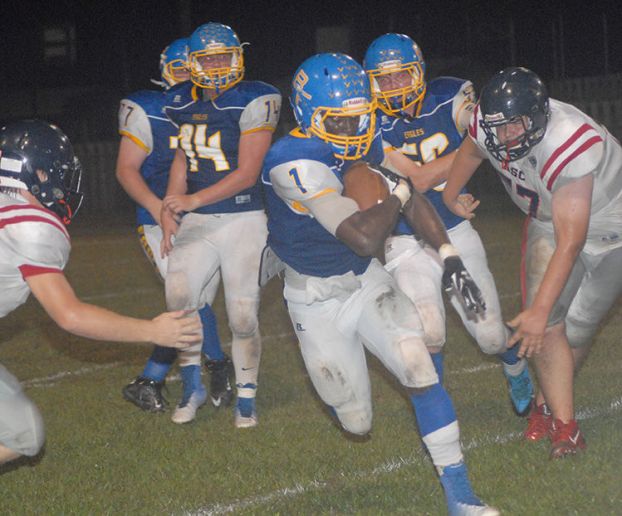 The Eagles come in after a tough 31-26 loss to Columbia Academy. Prentiss was victorious over Brookhaven Academy 21-20.

Prentiss won last year’s contest in a close one 12-7.

Running back Aaron Taylor continues to perform well for the Eagles.

Last week he ran for 202 yards on 20 carries and three touchdowns.

Quarterback Daniel Pittman was 6-for-13 for 82 yards and he rushed four times for 16 yards and a score.

Coach Holden talked about the key for his team being successful this week.

“Do not turn the ball over and we’ve got to figure out a way to run the football,” Holden said.

Holden said Prentiss does a good job of stopping the run.

For Prentiss, the Saints’ offense runs the I-formation with some pro sets and spread.

The quarterback is Tanner Hathorn with running backs Austin Daughdrill and Blake Lightsey joining him in the backfield.

The receivers are Michael Goddard and Payton Dungan.

Defensively, the Saints will use multiple sets, but mainly a four-man front. Holloway said is top defenders are linebacker Lightsey and tackle Ned Sanders.

After tonight, Ben’s Ford hits the road for two games.