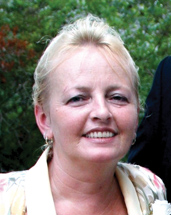 Linda was a member of Isabel Baptist Church, and she was a wonderful wife, mother, grandmother, aunt, sister, daughter and friend. She will always be remembered as the first to offer help to those in need.

Her parents, Delmar and Aline Gill, preceded her in death.

Visitation was held Tuesday, April 8 from 5-9 p.m. at Brown-McGehee Funeral Home and will resume Wednesday, from 8 a.m. until service time at 2 p.m. Interment will follow in the Spencer Cemetery.

Family and friends may visit and sign our online guest book at www.brownmcgehee.com.