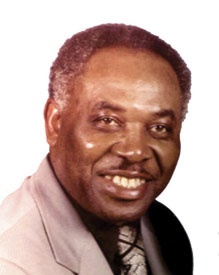 Visitation will be held Friday, Jan. 31 at Crain and Sons Funeral Home in Bogalusa from 2-6 p.m., followed by a family hour from 6-7 p.m.

The funeral will be at 11 a.m. on Saturday at First Church of God in Christ, 612 E. 5th St. in Bogalusa, with Bishop Howard Quillens, pastor, officiating.

Following the burial there will be a repast at American Legion Home Coney Post 547, East Avenue off of 6th Street in Bogalusa.