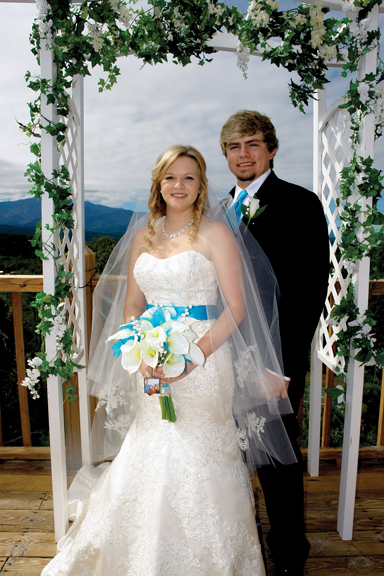 She is a 2013 graduate of Franklinton High School. In the fall, she will be attending Aveda Institute in Covington, pursuing a career in cosmetology.

A 2011 graduate of Pine High School, he currently is pursuing a degree in nursing at Delgado Community College in Covington.

The best man was Casey Gerald, the groom’s brother. Cousin of the groom, Jacob Dykes, was the ring bearer.

Other family members in attendance were the bride’s cousin, Willie Chauvin, and Pam Dykes and Lauren Gerald, the groom’s aunt and cousin.

After a brief honeymoon in Gatlinburg, the couple enjoyed a reception with family and friends at the Pine Missionary Baptist Church Fellowship Hall the following weekend.

Clint and Raven have made their home in Pine.

Smoky Mountain Weddings was in charge of arrangements.