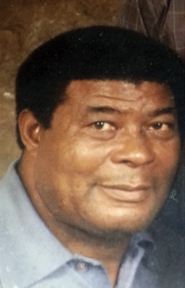 “I have fought a good fight, I have finished my course, I have kept the faith: Hence forth there is laid up for me a crown of righteousness, which the Lord, the righteous judge, shall give me at that day: and not to me only, but unto all them also that love his appearing.” (II Timothy 4: 7-8).

He was born in Greensburg on Jan. 9, 1929, and attended Mt. Carmel Baptist Church, under the leadership of the Rev. Tom Bailey Jr., where he was a faithful member until his health failed. He worked at various places throughout his life including as a truck drive and mechanic worker in New Orleans. His great passions were gardening, cooking and helping others. His life exemplified the steps of a good man as ordered by the Lord: “And he delighteth in his way.” (Psalm 37:23). John’s pleasant and nurturing spirit will forever be missed.

Visitation was held Thursday, Oct. 24, at Cook-Richmond Funeral Home in Bogalusa from 2-6 p.m., followed by a family hour from 6-7 pm.

The funeral will be held on Friday at Mt. Carmel Baptist Church at 11 a.m., with the Rev. Tom Bailey Jr. officiating.