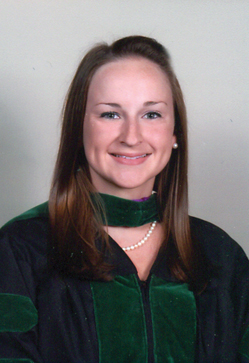 Jenna Colleen Jordan, a native of Washington Parish, graduated from Louisiana State University School of Medicine in New Orleans on Thursday, May 16, at a ceremony held at the Nat Kiefer Lakefront Arena on the campus of the University of New Orleans.

Jordan is the 25-year-old daughter of Carol Hillhouse Jordan. Her grandparents include Mildred Carroll Hillhouse and the late Joseph Dow Hillhouse of Varnado, and Maxine Spencer Jordan of Bogalusa and the late Cullie Jordan.�