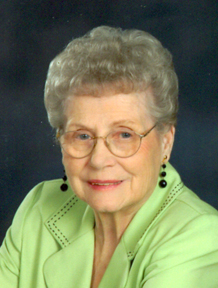 George served in the 16th Defense Battalion of the U.S. Marines and participated in the pivotal battle of Okinawa. Bobbie and George made their home in Angie. Bobbie’s mother-in-law, Ida Belle Dearman Reid, taught Bobbie the fine art of Southern cooking, and Bobbie proved to be a gifted student and became an accomplished cook. George was employed by the paper mill, and later he and Bobbie ran a successful service station in Angie. When George suddenly died from a heart attack in 1970, Bobbie was left a widow at the age of 39. She then made the bold decision to enroll in Pearl River Junior College’s School of Nursing. Bobbie graduated in 1972 from PRC and embarked upon her new career as a registered nurse. Initially, she worked at the Charity Hospital in Bogalusa and then later worked at Riverside Medical Center in Franklinton. Following her service at Riverside, Bobbie went to work for the state of Louisiana as a home health nurse.

While Bobbie was working at Riverside, she met CLECO employee and Riverside Medical Center volunteer Jason Crowe. Bobbie and Jason married in 1974. Bobbie and Jason both shared a passion for travel and enjoyed seeing America together. Their annual fall trips to the Smokey Mountains provided many special memories for the both of them. Bobbie and Jason also began the cherished tradition of treating the children and grandchildren to an annual trip to the beaches of Gulf Shores, Ala. Each morning, those lucky beach-goers were awakened to the aroma of Bobbie’s delicious made-from-scratch biscuits.

In 1980, Bobbie went to work for Handicapped Children Services, where she tirelessly devoted her energies and nursing skills to the special needs children of the Florida Parishes. She was always eager to help train and teach those who were new to the nursing profession. Today, there are many area nurses who have benefitted from Bobbie’s willingness to share her knowledge of nursing.

Following a nursing career that spanned 20 years, Bobbie retired from Handicapped Children’s Services in 1993. Sadly, her husband, Jason, passed away in the fall of 1996. Bobbie continued to remain busy during her retirement years. She was an active member of Franklinton’s First Baptist Church. She made trips across the country with friends from church and was a member of the Winterset Club. Bobbie was an avid reader and also enjoyed making quilts. Bobbie continued to prepare delicious meals for family and friends. She particularly enjoyed baking. Whenever a neighbor or friend needed a bit of special cheer, Bobbie appeared with one of her delicious homemade lemon pies or chocolate cakes.

Following a lengthy illness, Barbara Reid Crowe passed away on Thursday, July 26, 2012, while surrounded by her family.

Due to her passion for medicine and her giving nature, it was her wish that her remains be donated to Tulane University School of Medicine for the advancement of medical education and research. A memorial service celebrating her life will be held at First Baptist Church of Franklinton on Saturday, Aug. 11. The family will receive guests from 10:30 a.m. until time for the memorial service, which will begin at 11 a.m. In lieu of flowers, Bobbie asked that donations be made in her memory to the First Baptist Church’s building fund. Memorial donations can be mailed to First Baptist Church, 950 Self St., Franklinton, LA 70438.