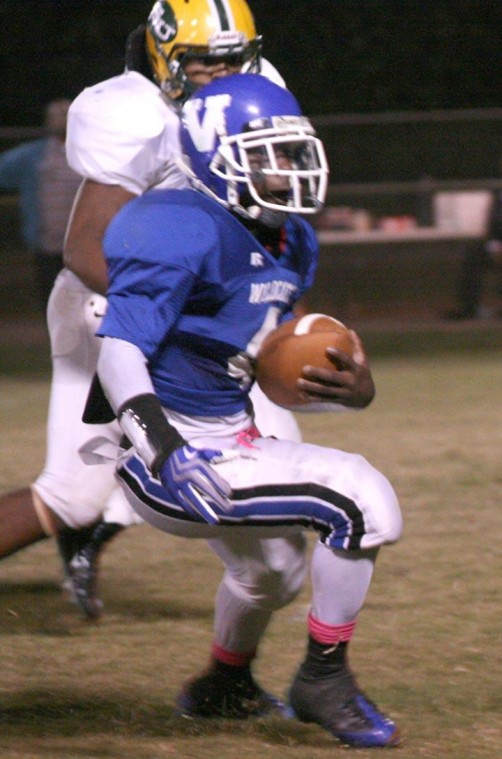 Varnado head football coach Paul Meyerchick believes academics are the most important thing the Wildcats must focus on this spring. That is why spring football is wrapped up and in the books on the school’s campus.

“We are pretty much done with what we are going to be doing,” Meyerchick said. “We mainly went out in just helmets and shoulder pads the first couple of days and got a little bit of hitting in. The thing that we need to work on more than anything is the head game. The physical part will take care of itself.”

Meyerchick enters his seventh season at the helm of the Varnado football program that returns eight seniors and all but two starters. The Wildcats finished 3-8 and 1-2 in District 6-1A last season falling to Logansport in the first round.

“I have everybody back and that is always a plus,” Meyerchick said. “The main guys I wanted to get a look at were the freshmen coming in, and we have a nice little crew for next year. Some of those kids have size and may get a chance to step in and play a lot next year, especially the lineman.”

Varnado only dressed about 30 last season but Meyerchick said next year’s freshmen class alone could have 20.

“I know what I have with Teeda,” Meyerchick said. “He is working hard in the classroom and we will start talking more about where he might be going when he gets to where he needs to be.”

Varnado’s only loss is 1,200 yard receiver Javautae Bell. Jeremy Wolfe is a top candidate to fill that role. Others returning who will be looked upon to contribute include Tyler Nichols, Denzel Harry, LaDarrius Jefferson, Jamar McGowan and Reggie Green. Transfer Markus Mark hopes to provide depth at running back.

Varnado opens the season at Northlake Christian Sept. 2 before hosting Pine. After traveling to Franklinton, the Wildcats host Independence.

District play begins in Week 6 with Kentwood at home before hosting Christian Life. The Wildcats host Mount Hermon in the finale after traveling to Archbishop Hannan and Southern Lab.

“I am very optimistic about this year,” Meyerchick said. “We are looking forward to see what is going to happen.”